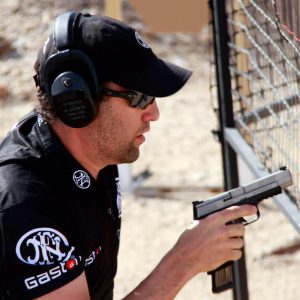 The match, now in its 30th year, was held March 3-5 at Rio Salado Sportsmen’s Club in Arizona. Area 2 is known as one of the premier regional USPSA tournaments for its’ complex courses of fire and Nationals’ style format.

Competing in a highly competitive Production division field with his FN pistol, Sevigny scored wins on 13 of the 15 stages and tallied a 200-point margin of victory.

“Dave has a long history of winning. His performance at Area 2 again demonstrated his ability to compete at the top level of shooting sports”, said GASTON J GLOCK style CEO Beate Arnold.