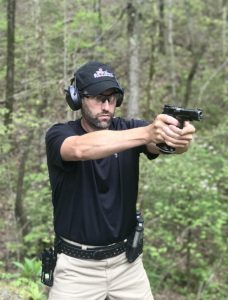 “Keeping track of my stats all these years was done as a formality to measure my own performance and track personal growth,” said Sevigny. “Shooting sports changed my life in many good ways and I’m thankful to those who helped get me to this level. Without question, the friendships I’ve made, all that I’ve learned, and the shooting skills I’ve built mean much more than a certain number of wins.”

Over the course of his impressive 20 year competitive career, Sevigny has competed at the top levels with a variety of handgun types including striker-fired semi-automatics, rimfire pistols, 1911 single stack pistols and other 1911 inspired designs. Most of Sevigny’s wins were accomplished with Sevigny Competition sights that he designed in collaboration with Scott Warren, of Warren Tactical Series, for improved sight acquisition and speed of alignment under the demands of competitive shooting.

Sevigny’s next competition will be June 13-17 at the Steel Challenge World Championships held in Talladega, Alabama.