Sevigny won or placed near the top in all 14 stages to win the Production Division at the USPSA Area 2 Championship. 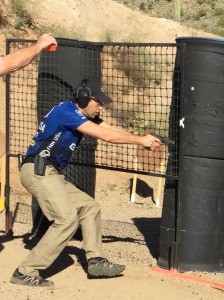 GASTON J. GLOCK style LP, a sponsor of the Sevigny Performance team, is pleased to announce that Dave Sevigny opened his season with a Production Division win at the USPSA Area 2 Championship.

The Championship was held from March 4 to 8 at Rio Salado Sportsman’s Club in Mesa, Ariz. The pistol course of fire consisted of 14 stages and over 300 rounds. Moving targets, steel and challenging range obstacles are a staple of the competition, now in its 25th year.

Sevigny won or placed near the top in all 14 stages to win the Production Division at that Championship. This marks Sevigny’s 8th win at Area 2 in as many appearances in Production, Limited and Open divisions. 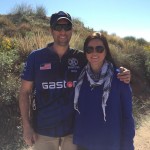 “We look forward to watching Dave in 2015. He has proven time and again why he is one of the best pistol shooters in the world”, said GASTON J GLOCK style LLP CEO Beate Arnold.

Sevigny’s next competition will be the USPSA Alabama Sectional Championship at East Alabama Gun Club in Phenix City, Ala. on March 13 and 14.

Visit facebook.com/GASTONGLOCKstyle to get the latest news on GASTON J. GLOCK style LP and their sponsored Sevigny Performance Team.