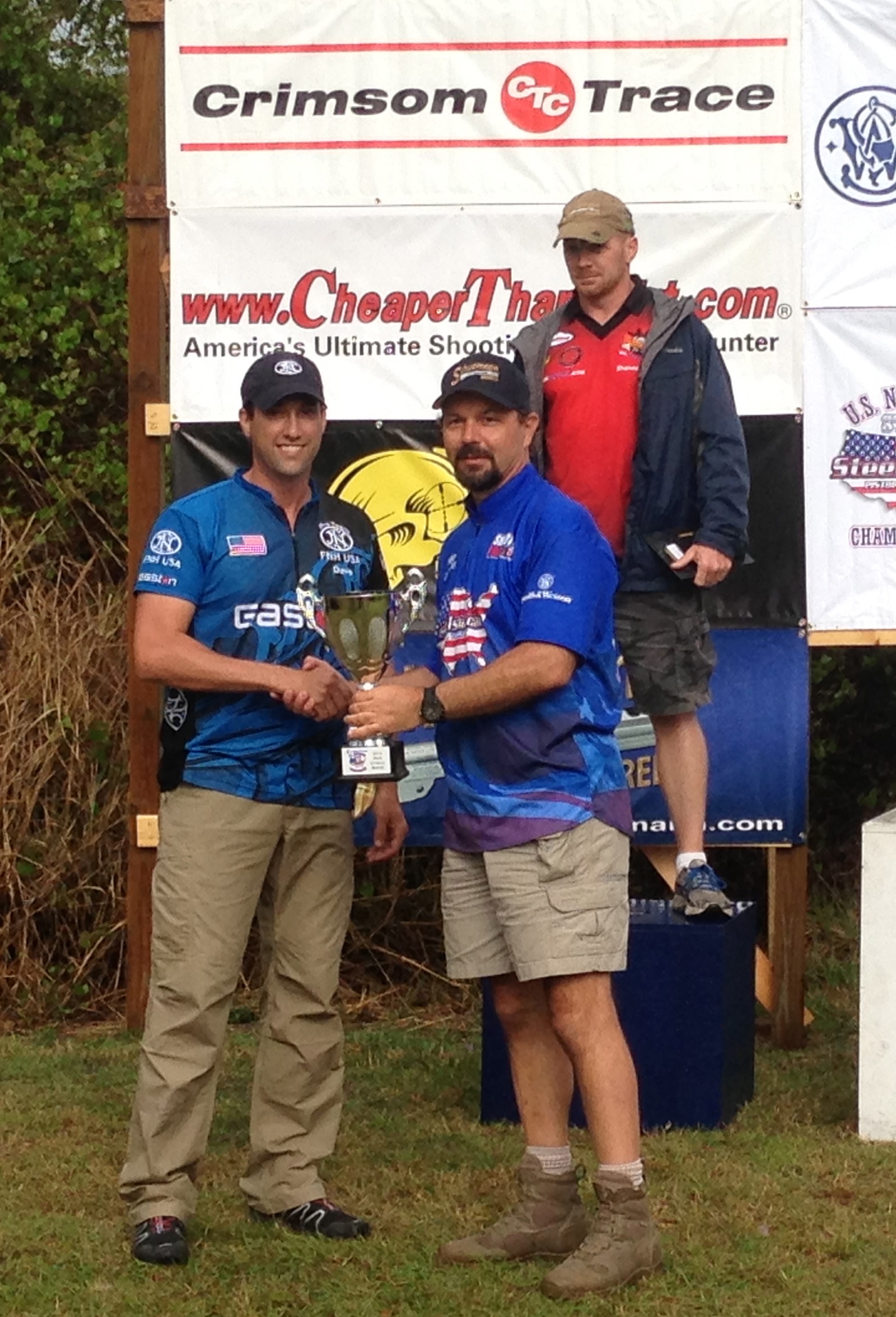 Just last week, Dave and I competed at the US Steel Challenge Championship in Titusville, Florida. We shot three divisions over a course of three days. The match was very well organized and moved efficiently. It seems as though there is never enough time in a day when shooting Steel Challenge. After shooting in the morning your clock starts ticking… grab your lunch, put one of your three guns away (if you’re shooting the Steel Master division) and prepare for the next division that you’ll be competing in the following morning. This sounds like a handful, but in the middle of all this work, you’re hanging out with friends, feeling a slight adrenaline rush and banging on steel plates! During the match we were once again reminded how important it is to wear glasses. While shooting a stage, an RO was fragged in the hand as he was keeping score behind the shooter. For the first time this season I got to use my first aid kit and was glad to be able to help! Overall this was a great match put on by wonderful staff on a beautiful range! ~ Brooke Sevigny 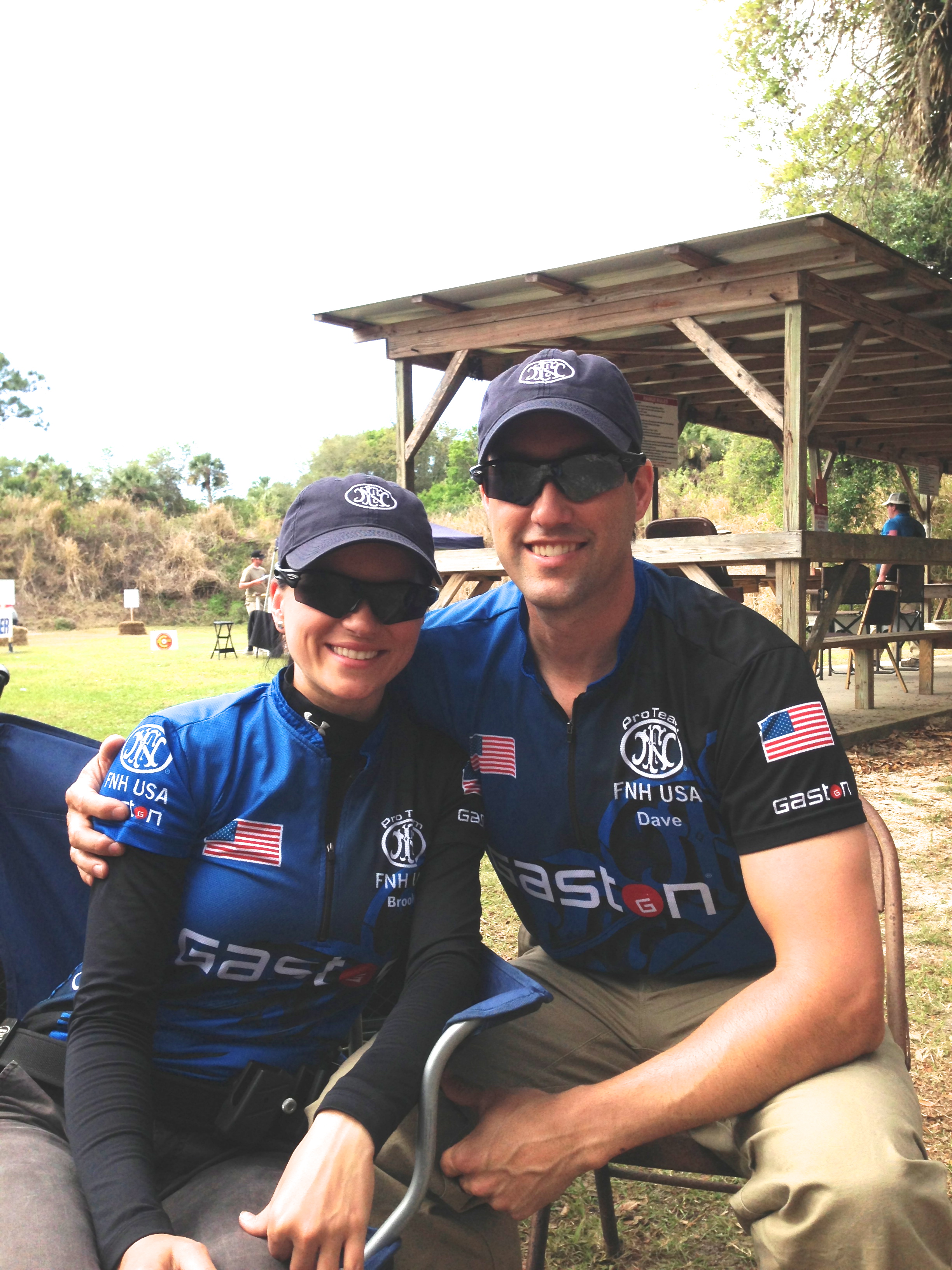 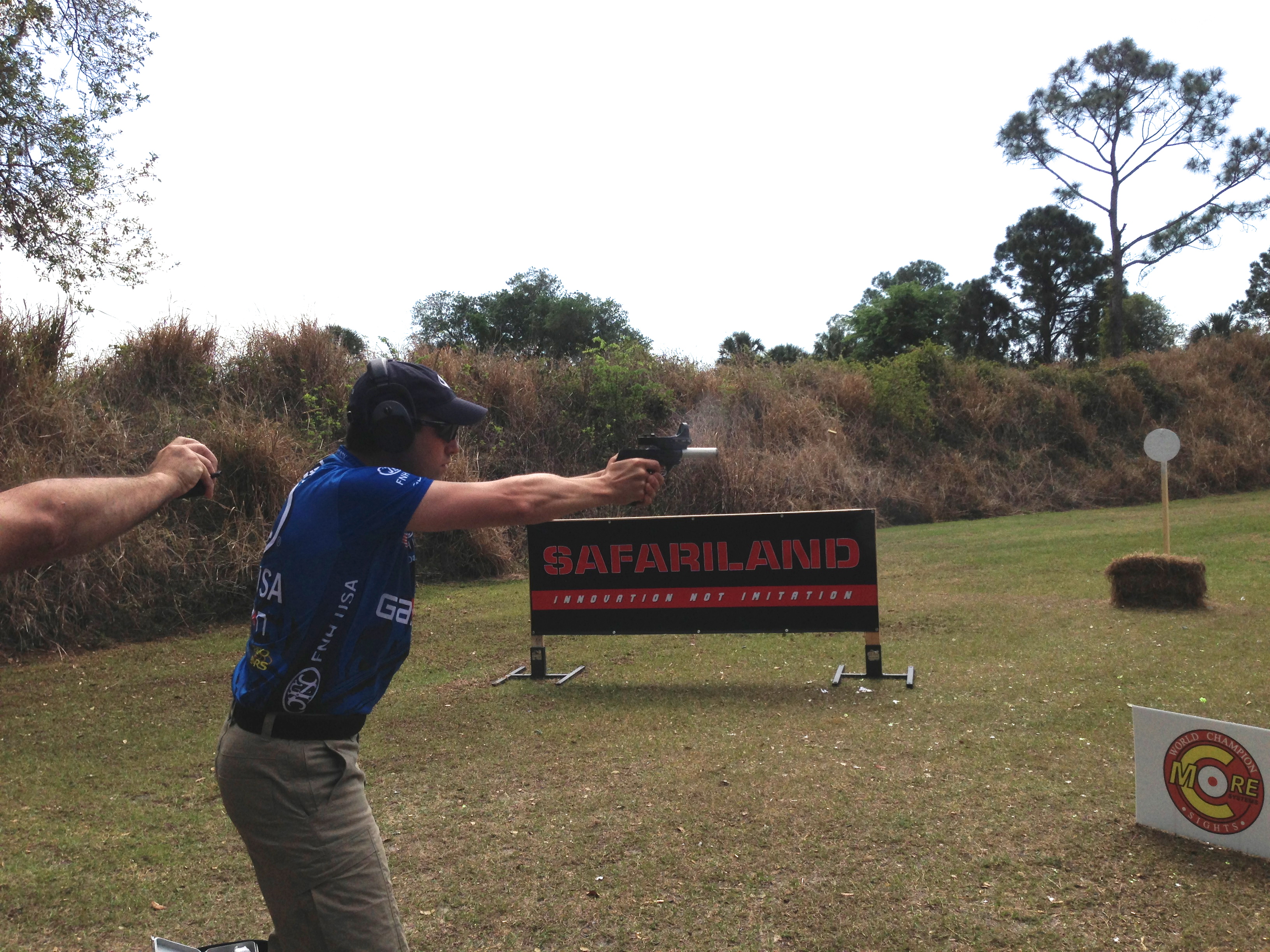 “The people running this match do an exceptional job keeping things shooter friendly. Competing in three divisions in three consecutive days is one of the biggest challenges when juggling Rimfire, Iron Sight and Open Division gear,” remarked Dave Sevigny. “Everyone was given enough time to finish each event, regroup and cram in one final training session prior to each match. We appreciate the efforts of all involved to put on this event.”

Visit http://www.facebook.com/GASTONGLOCKstyle to get the latest news on GASTON J. GLOCK style LP and their sponsored Sevigny Performance Team.

One thought on “2013 US Steel Challenge Championship”